Venue: Salón de Actos, Espai la Senieta, Moraira and in other locations according to performance schedule

Our group has been running with great success. We prepare our shows, rehearse them and perform them – having a lot of fun in the process. We work hard, but every meeting is also a social event.

Have you ever dreamt of performing on stage? If yes, contact me, to see how you can join the group. If you don’t want to perform but you are interested in any aspect of theatre, whether to help back stage or in any of the countless jobs required by a theatre group, then you can still contact me and we will see how you can fit.

We look forward to seeing you there – whether on stage, backstage or in the audience during our performances. 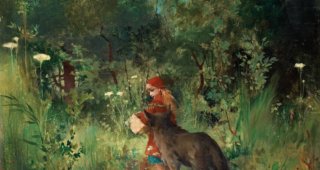 The Dramarama Group is very happy to be presenting a pantomime for the children of Moraira/Teulada, to say thank you to the Ayuntamiento for the use of the theatre for rehearsals. We do this every two years, and it’s that time again, folks! Little Red Riding Hood, with a slight twist, is for all ages, so… for the kids in Moraira it’s at 11 a.m., and for the adults (??!!)…

26 Sept 18:00 Drama Group presents: Tapas – a little bit of everything 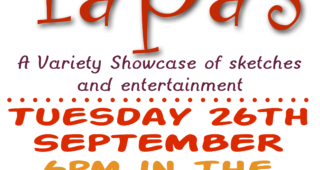 This year’s production by the Moraira/Teulada U3A Drama Group represents an exciting departure from our usual stage play. Our performers will take part in a series of sketches as well as some of the more memorable scenes from previous plays. We can promise a varied and fun evening from 6pm at La Senieta in Moraira on Tuesday 26 September. We’ll make you laugh and maybe make you cry, and entrance… 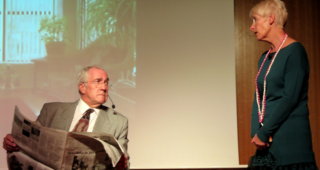 The U3A Drama Group meet again at 11am on Tuesday 6th September at the Salon de Actos at La Senieta by the big car park in Moraira. At our regular weekly meetings we usually spend some time rehearsing whatever play we might be working on at the time, plus we have workshops, play readings and share ideas members might have for  future meetings/plays. We hope to do a play/pantomime for… 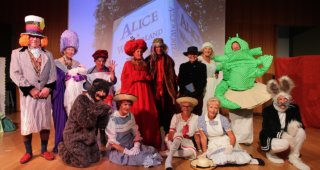 The Drama Group performed twice on Tuesday 17th November, in the morning for English students of the Moraira primary school and, in the afternoon, for adults. Both performances filled the Senieta Salón de Actos to capacity. Pictures of the performers and their costumes are shown below. The Group will perform again on Tuesday 24th November at the Casa de la Cultura in Teulada, for the schoolchildren studying English. The youngest… 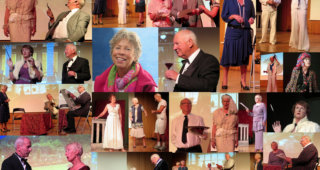 The Drama Group performed twice on Tuesday 25th November, at midday and at 18:30. The play: “Noel Coward and Gertrude Lawrence – Their Story” Play photos by Gillie Goold  and backstage… backstage photos by Piotr Azia   And the video by Piotr Azia

The U3A Moraira-Teulada Drama Group have recently performed “Cinderella, a pantomime” for the young children of the Teulada school and again for the children of the Moraira school, to help them with their English.  A U3A member who attended one of the performances suggested that our adult members and their friends and families  would enjoy seeing it, as well. So, here we are, ready to play it for you (with just a…

Cinderella – a pantomime by the Drama Group 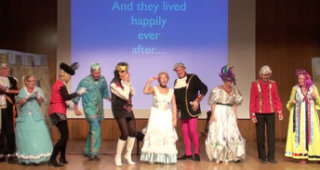 Once upon a time… in fact, just over a year ago, we received a surprising request: put together a show for the Teulada-Moraira schoolchildren studying English. That was soon after our “Letters in Time“, which we performed twice. It was a success and, obviously, our counterpart in the ayuntamiento had heard about it (let’s be honest: probably from us). We said yes, of course, we’ll be delighted to do it.…

Videos from our performances