Purpose of the group

The members of the photography group have one thing in common. All have a digital camera and enjoy taking pictures. Some may have a small compact camera, while others may have a DSLR with multiple lenses. Some are complete novices and others have years of experience. But all of us would like to learn a bit more about how to get the best out of our cameras, and sharing our knowledge is a good way to start.

The days when we had to decide how many rolls of film to take on holiday, and then wait for them to be processed when we got home are long gone. Modern technology enables us to take thousands of images on single digital card; even basic compact cameras having several menus to choose from. Moreover, we now have our own “Digital Darkroom”, as there are many different software programmes available to amend or completely change the images we’ve taken.

At the group’s meetings we aim to have tutorials which tackle different subjects, for example composition, exposure, and editing programmes.

Each month a subject is chosen by members to photograph and then share at the following meeting. The group also has about 5 outings per year to places where an interesting range of images can be taken.

The group hopes to have about 5 outings each year. The object is not only to have a social gathering of our members, but also to visit places where different aspects of photography can be practised. One visit could concentrate on landscapes, another to a garden, or buildings or towns of interest. Perhaps one would concentrate on photographing people, another on taking photographs indoors. The venues are all chosen by the members of the group, with the option of getting together for a meal when the photographic element of the outing is over. Sounds like fun?

Contact the photo group leader photography@u3amoraira-teulada.org by clicking on the link or by copying and pasting the email address to your email handler. 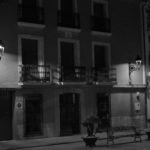 Resume of the Photography Group meeting held on 17th April 2019 (4/26/2019) - Eight members of the group attended the meeting. John Snell welcomed new group member Anne Madden to the meeting. Photographic Exhibition The exhibition planned for the end of May has been cancelled as there are insufficient promises of images for it to be successful. A popular idea was that the group could show a selection of pictures taken by group members at a couple of U3A general meetings during the year. Pictures taken for the monthly challenges could be used.… [...] 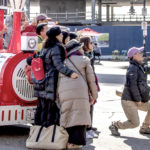 Resume of the Photography Group meeting held on 20th March 2019 (3/27/2019) - Eleven members of the group attended the meeting. Group Outing. Eight people went to the group outing to see and take pictures on the 19th March of the Denia Fallas and the flower procession. It was the first time that some of the group had seen the effigies and the mascleta; it was a good day out. Photographic exhibition. More pictures are needed from group members if the exhibition planned for 19th – 31st May is to be successful. We… [...] 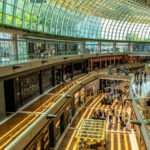 Resume of the Photography Group meeting held on 20th February 2019 (3/4/2019) - Group Leader John Snell welcomed seven members of the group to the meeting, and gave a warm welcome to new member Philip Legrove. John thanked the members who have already given him the types and model numbers of the equipment they use to take their images. If you haven’t already done do so please let him know what equipment you use, as this could be helpful for future meetings. Photography exhibition. The Ayuntamiento has verbally agreed that the Sala Exposiciones… [...] 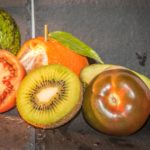 Resumé of the Photography Group meeting on 16th January 2019 (1/28/2019) - There were nine group members at the January 2019 meeting. John Snell said that 3 people have joined the group since the last meeting, Patricia McGowan, Nessa Hart and Philip Legrove, although none were able to attend this meeting. Photography exhibition. The group requested that the Sala Exposiciones in la Senieta be made available for a photographic exhibition from 18 – 31 May 2019. The 18th May is not available, but the Ayuntamiento has given verbal agreement that we can… [...] 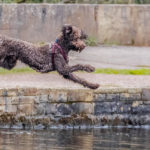 Resume of the Moraira-Teulada U3A Photography Group meeting on 19th December 2018. (1/10/2019) - Seven members of the group attended the meeting, which was fewer than recent attendances, perhaps due to members taking part in Christmas activities. The challenge from the previous meeting was “Cats and Dogs”, and several members had brought, or sent images to share with the group. Some of them will soon be seen on the group’s webpage. The main discussion was about the Photography Exhibition which is planned for the 18th to 31st May 2019, to be held in La… [...] 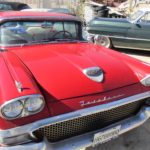 Resume of the meeting held on 21st November 2018 (1/8/2019) - It was good to see so many of the group at the November meeting on Wednesday, and also to extend a warm welcome to new group members John and Pat Barber. Dave Reynolds and I had a rather hectic 35 minutes before the meeting was due to start as the television refused point blank to communicate with either of the two laptops which were connected to it. New batteries in the remote made no difference, but a few minutes after… [...] 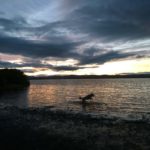 Resumé of the Photography Group meeting on 17th October 2018 (10/18/2018) - Seventeen members of the U3A photography group met at the Martillo Bar in Moraira at 1030 on the 17th October. Group Leader John Snell welcomed new member Graham Whitelocks. Group members who had not been at the previous meeting added their subject choices for the monthly challenges, to go into the hat. Unfortunately the planned group outing for 10th October was cancelled as very few members were able to take part. However, from the discussion today, it was clear that… [...] 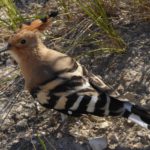 September 2018 Photography Group Meeting. (9/23/2018) - Photography Group meeting 19th September 2018Fourteen members of the U3A Photography Group met at the Martillo Bar in Moraira at 1030 on the 18th September, the first after the summer break. Group leader John Snell welcomed the group, particularly new members Arthur and Barbara Cockburn.Dave Hardy gave a very interesting and informative talk about basic photographic composition, which was accompanied by an excellent power point show. He talked about the rule of “thirds” when composing a picture, the use of… [...] 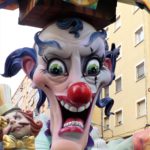 March 2018 Group Meeting (3/28/2018) - Meeting of the Moraira and Teulada U3A photographic group held at the Martillo Bar, Moraira, on 21st March 2018 at 1030 hrs. Twelve members of the group attended the March 2018 meeting. Several members had been to the Fallas festivities on 19th March, to see and photograph the different Falla, the flower parade and the Mascletá. Unfortunately, the rain that arrived in the evening deterred everyone from staying to watch the cremas (burnings). The challenge for the month was “Waves”,… [...] 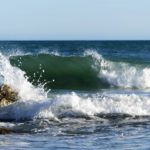 February 2018 meeting (3/28/2018) - Moraira U3A Photo Group meeting held at Mortillo Bar, Moraira, at 1030 hrs on Wednesday 14th February 2018. The meeting was chaired by Bob Bamber, who had chaired recent meetings during Group Leader Trevor Kemp’s illness. With the recent very sad passing of Trevor, Bob called the meeting so the members could discuss the group’s future. Fifteen group members were present. The members agreed that they wanted the group to continue, so a new group leader was required. Bob Bamber… [...] 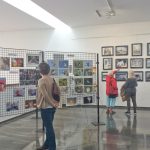 October 2015 Photographic Exhibition (10/19/2015) - The Photo Group Exhibition was at   La Senieta, in Moraira, during the last 2 weeks of October 2015.   More than 150 photos by 17 group members were arranged in themed presentations. In addition, there were 70 pictures of a collaborative project between the Group, Elizabeth Wickstead and the Ayuntamiento Culture Centre. Thirty-five archive pictures had been recaptured with modern day equivalents to show the many changes to the vistas of Teulada and Moraira over the last 50 years or so.… [...]