The Ancient Egypt group is dedicated to the study of pharaonic Egypt from the Predynastic Age to the absorption of the Nile valley into the Roman Empire in 30 BC. Over the course of the project, we will be covering many different aspects of Egyptian civilisation, some of which you won’t be able to read about in popular books on the subject. But, don’t let that put you off! The presentations will be easy to follow and full of wonderful visuals … so you can just relax and let the magic of Egypt and the rest of the Ancient World wash over you like the gentle waters of the River Nile.

The group is led by one of the world’s best-known Egyptologists – writer, TV presenter, renowned international lecturer, historian and archaeologist, David Rohl, who has spent more than fifty years exploring the landscapes of the ancient Near East – from the high mountain valleys of Eden in mythical Persia to the vast barren deserts bordering ancient Kemet (the ‘Black Land’ = the Nile valley). He is best known for his internationally acclaimed TV documentary series ‘Pharaohs and Kings’, ‘In Search of Eden’, ‘The Egyptian Genesis’, and as a leading figure in the multi-award-winning cinema documentary ‘Patters of Evidence – The Exodus’. David has also written five bestselling books translated into twelve languages.

The group meets every third Monday of the month at the Salon de Actos, in la Senieta theatre, Moraira, starting at 10.30am and finishing around midday. Each meeting begins with a seventy-minute (or so) presentation on the day’s subject, employing David’s stunning visuals and informative graphics. Group members are then encouraged to participate in a Q & A discussion for the remaining fifteen minutes of the session.

Due to David’s international lecturing, archaeological research and TV commitments, there may be occasions in the year when he will be away and the lecture is postponed to the following month. However, confirmation of each lecture will be notified to all members, approximately one week before the meeting, giving the lecture title and a short explanation of the subject.

The monthly talks are not always entirely restricted to Egypt, since David will be throwing in the occasional lecture on the history and archaeology of the Old Testament, the ‘Heroic Age’ of Bronze Age Greece, the Minoan bull-leaping culture of Crete, the warlike Hittites of Anatolia (modern Turkey), and the ancient civilisations of Mesopotamia (modern Iraq and Syria), as well as some ‘specials’ on completely different but nevertheless fascinating topics such as the legendary epic tale of the Trojan War and the Romano-Spanish traditions surrounding the Sangreal (‘Holy Grail’).

Note. To view summaries of lectures 2019 to 2022, Search for earlier entries in the current calendar above. 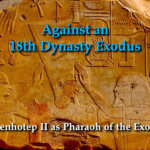 Ancient Egypt Lecture – 16th November 2022 (10/31/2022) - The next Ancient Egypt/Ancient History lecture will be on Wednesday 16 November at La Senieta in Moraira, starting at 10:30 a.m. The topic this month is a critique of the '18th Dynasty Exodus Theory', which argues that the Exodus of the Israelites took place in Year 9 of Pharaoh Amenhotep II. This is the alternative ‘conventional chronology' dating of the Exodus, using the Bible’s own date for the event in 1446 BC. Such a historical position (advocated by many evangelical… [...] 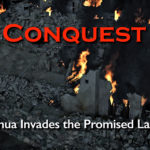 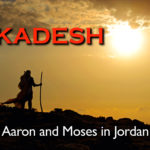 181015 Egyptology 15th Oct: Kadesh: Aaron and Moses in Jordan (10/11/2018) - Date: 15th October 2018 10:30 Location: Salón de Actos, Espai la Senieta, Moraira (next to the large free car park) Subject: Kadesh: Aaron and Moses in Jordan Lecturer: David Rohl We are continuing with our Exodus theme, this time covering the thirty-nine years the Israelites spent in the wilderness, once they left Mount Sinai and before they began the conquest of the Promised Land. In particular, I will be taking you on a journey to Jordan where the Israelites spent most of their… [...] 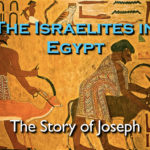 Ancient Egypt 17th Sept 2018: The Israelites in Egypt (8/25/2018) - Hope you had a great summer break (and it was not too hot for you!).Well, the upcoming season of Egyptology/Ancient World lectures starts up again on Monday 17th September, usual place and usual time (La Senieta, starting at 10:30 am). We are continuing our Exodus series with two more talks. The first (on the 17th) is entitled ‘The Israelites in Egypt: The Story of Joseph’, followed on 15th October by the subject of the Conquest of the Promised Land. There… [...] 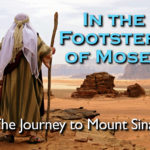 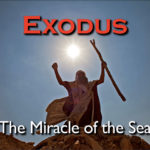 Ancient Egypt 21st May Exodus: the Miracle of the Sea (4/28/2018) - Date: Monday 21st May 10:30 Location: Salón de Actos, Espai la Senieta, Moraira (next to the large free car park) Subject: Exodus: The Miracle of the Sea Lecturer: David Rohl I am back from my travels and busy getting the presentations ready for my last two talks before the summer recess … and these are going to be 'must sees', so please be sure to add both dates to your diaries … and let your U3A friends know about it! The first of… [...] 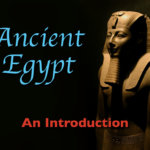 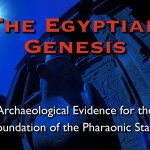 Ancient Egypt Lecture 20th Nov 10:30: The Egyptian Genesis (11/4/2017) - Date: Monday 20th Nov 10:30 Location: Salón de Actos, Espai la Senieta, Moraira (next to the large free car park) Subject: The Egyptian Genesis Lecturer: David Rohl I am having to send this notice of the next meeting out early because I am off the the USA on Sunday for TV interviews and two lectures that I am giving in Providence, Rhode Island, for the Near Eastern Archaeological Society. I won’t be back until a couple of days before the meeting. So here is… [...] 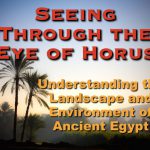